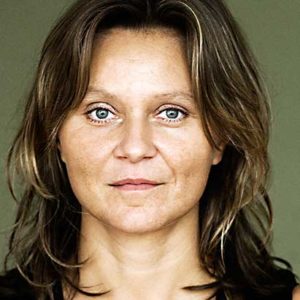 Walli Höfinger is a performance artist, voice performer and Roy Hart voice teacher who has been living and working in Berlin since 2001. She works both as a soloist and in various formations with artists from other disciplines in interdisciplinary performance projects.

Höfinger originally studied “New Artistic Media.” Since 1996 she has developed her own performances with movement / aerial acrobatics, video installations, composition and voice. In 2002 she discovered her fascination for the voice in an experimental and artistic context. As a result her focus constantly revolves around the research and development of the human voice.  Since 2006 she has been regularly giving workshops in Germany and other European countries. She has also been a certified voice teacher at the Roy Hart Center in Malérargues, France since 2009.

EVENT LIST:
Your own Voice on the Threshold of Music with Walli Höfinger & Christiane Hommelsheim
BUT NOT SONGS