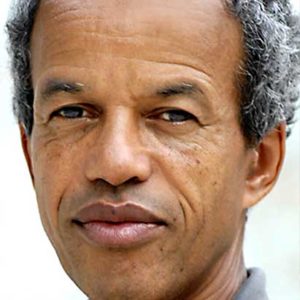 As the adopted son of Roy Hart, the founder of the Roy Hart Theatre and propagator of extended vocal techniques, Jonathan has been exposed to vocal work since early childhood. He started singing lessons with Vivienne Young at 14, and moved to France with the Roy Hart company in 1975.

Another significant influence for Makwaia was his time spent in Tanzania, where he met his father, the chief of the Sukuma tribe. Since then he has worked as the composer, musical director and performer for most landmark Roy Hart Theatre productions. Makwaia began performing solo concerts for voice and piano in the 1980s, integrating contemporary, classical and African influences with his Roy Hart Theatre background. He has been on the faculty of New York University’s Experimental Theatre Wing since 1988 and has regularly taught workshops at The Centre Artistique International Roy Hart in Malerargues since 1978.