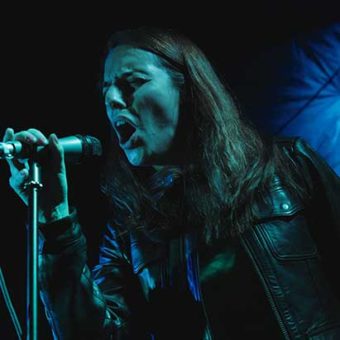 Annabelle Plum studied Theatre Arts (Brown University, USA) and Performance Design and Practice (Central St. Martins, UK). During her time in the USA she became well-oriented in the local theatre scene and worked for Wooster Group and Richard Foreman as an intern. Nowadays her occupation is experimental singing. She has lived in Prague since 2009, teaching and leading vocal workshops. From 2013 to 2015 she was an external lecturer of Voice Creation at the Department of Alternative and Puppet Theatre with a specialization of Theatre in Non-Traditional spaces. Annabelle Plum is a founding member of Topos Kolektiv.

EVENT LIST:
Voice Workshop for Children with Annabelle Plum
VOICE AND BEYOND / CONCERT